The political situation in Guinea-Bissau is characterized by recurrent instability. The political crisis is a source of deep concern at both national and international level. The Conakry Agreement, whose objective was to break the deadlock, did not achieve the desired result. In this context and to better understand the root causes that make it difficult to implement the peace process in Guinea-Bissau, the study "Why Peace fails in Guinea-Bissau? A Political Economy Analysis of the ECOWAS-Brokered Conakry Accord", initiated by the Office of Peace and Security Centre of Competence Sub-Saharan Africa of the Friedrich-Ebert Foundation, as part of the project “New Approaches to Collective Security, was presented during a workshop held in Dakar on February 22, 2018. 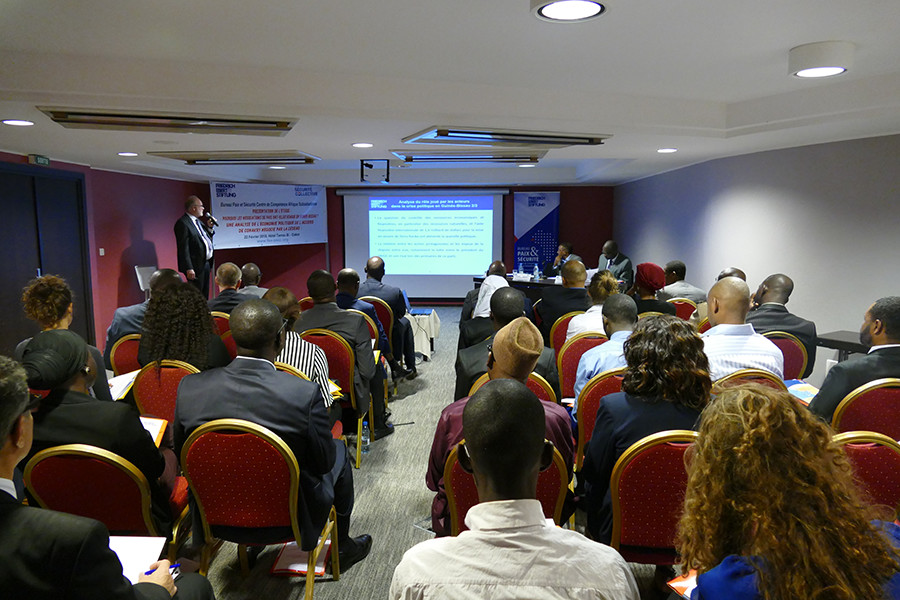 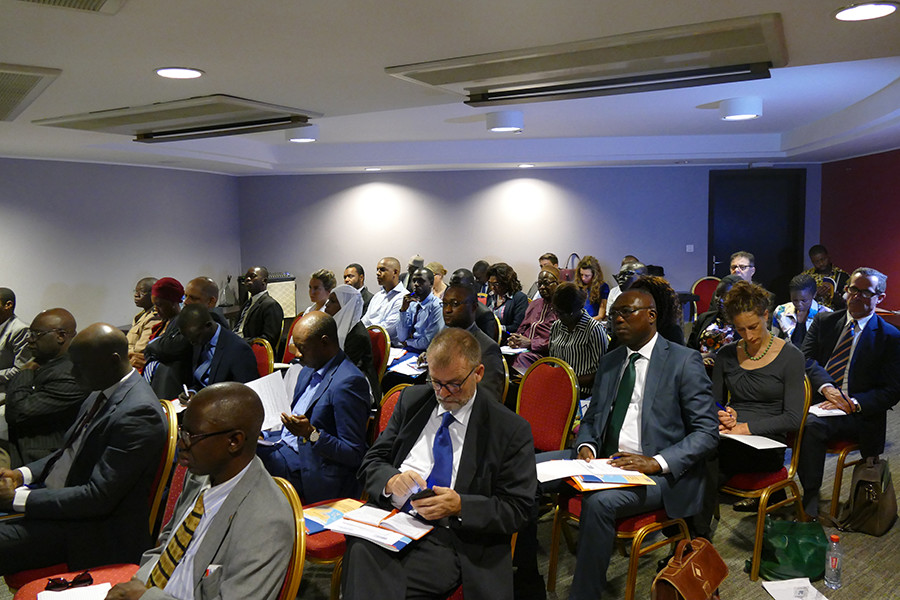 View of participants at the presentation workshop

The Peace and Security Centre of Competence Sub-Saharan Africa of the Friedrich Ebert Foundation recalled, from the outset, the main objective of the study, which is to examine the reasons why peace negotiations failed in Guinea-Bissau through a political economy analysis of the Conakry Agreement negotiated by ECOWAS.

The study, subject of the workshop, was presented by Mr. Holger GRIMM, Director of the FES-PSCC. In his intervention, he highlighted a lot of factors that have caused instability in Guinea-Bissau. His analyses, based on information gathered from ECOMIB forces, ECOWAS reports, the United Nations and others, revealed that Guinea-Bissau is a fragile state with various events that have marked its history. According to Professor Carlos CARDOSO, Director of the Amilcar Cabral Research Centre (CESAC) in Guinea-Bissau, the rivalries of Guinea-Bissau's political elite are some factors that keep the country in crisis. Guinea Bissau also has several natural resources that are desirable by some national and international political actors. They want to have control over these different resources. Likewise, there are also significant structural factors such as: its geographical characteristics; its socio-cultural aspects; its economic potential; drug trafficking; its system and political history, which can hinder its stability. In addition, Mr. David BONGWELE of the United Nations Integrated Peacebuilding Office in Guinea-Bissau recalled the role of the United Nations in bringing stability back to the country.

The workshop was attended by many people from various backgrounds, including Senegalese State actors, Members of Diplomatic Corps based in Dakar and involved in the resolution of the crisis in Guinea Bissau, Members of international and regional institutions, civil society actors, academics and journalists.

The discussions took place in a participatory manner and highlighted the need to increase the integration of civil society actors, youth, women and community leaders in the peacebuilding process.

The workshop was a forum for constructive exchanges based on the recommendations made in the study available on our website.