Political rivalries at the root of instability in Guinea-Bissau make it difficult to implement the Conakry Agreement. Although signed by rival political elites under the auspices of ECOWAS, there is no sign of progress on the horizon. It is important then to question the root causes of this situation of stagnation. This was the subject of a workshop organized by the Friedrich-Ebert-Stiftung Peace and Security Centre of Competence Sub-Saharan Africa on November 7, 2017 in Bissau in partnership with WANEP Guinea Bissau. In the presence of several civil society organizations, government representatives, academics, lawyers, journalists, NGOs, the diplomatic representative of the Federal Republic of Germany in Guinea-Bissau, representatives of ECOWAS, expert’s researchers and religious leaders, the mechanism for an exit from the political crisis in Guinea-Bissau has been debated at length. 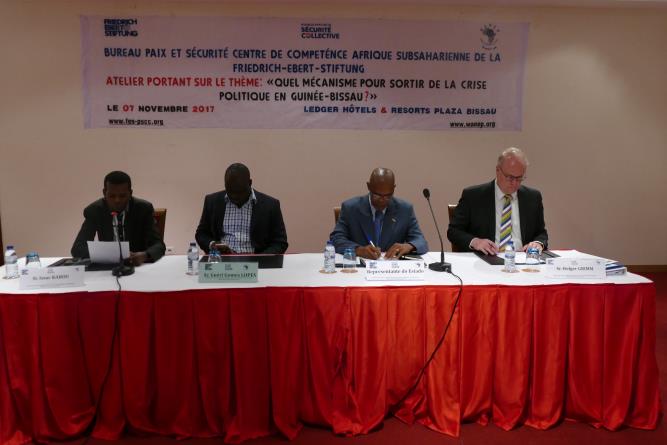 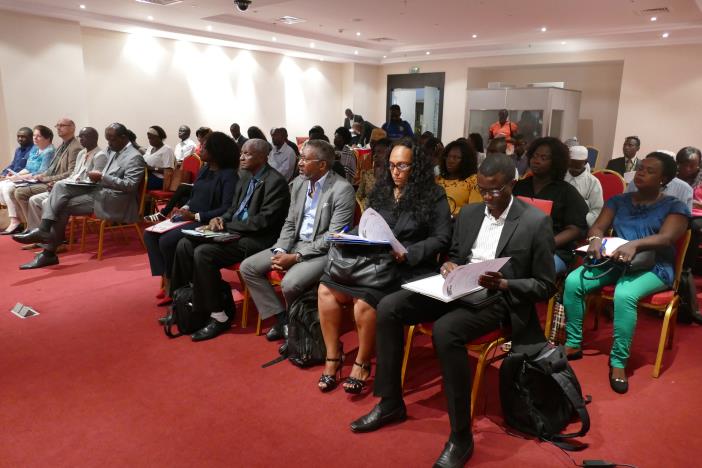 At the opening of this workshop, the organizers WANEP Guinea-Bissau and the Friedrich-Ebert-Stiftung Peace and Security Centre of Competence Sub-Saharan Africa, in their words of welcome, set the scene and the objectives of this meeting. Following them, the representative of the State, Mr. Osiris FEREIRA, judge advisor to the Supreme Court of Justice, in his speech, expressed the interest that the Bissau-Guinean people have, to unite to build a stable political, economic and social environment, indispensable for sustainable development.

The theme, which was the subject of the workshop, was introduced by Professor Carlos CARDOSO, who highlighted several factors that are often at the origin of instability in Guinea-Bissau. His analysis of information collected from ECOMIB forces, ECOWAS reports, the United Nations, books and some academic textbooks revealed that Guinea-Bissau is a fragile State with different events that have marked its history. According to the professor, the country has several natural resources that arouse envy from some national and international political actors to have a hand on these different resources. Similarly, there are significant structural factors such as: its geographical characteristics; its socio-cultural aspects; its economic potentialities; drug traffic; its system and political history that can hinder its stability.

At the end of his presentation, the debate was opened. Its richness is due to the various points of view of the participants. Some of the reactions include:

A range of recommendations was formulated at the end of this workshop:

At the end of these discussions, the need for a frank and sincere dialogue was unanimously shared by all participants. But before, it is essential that political elites understand that dialogue is synonymous with concession on both sides of the protagonists.