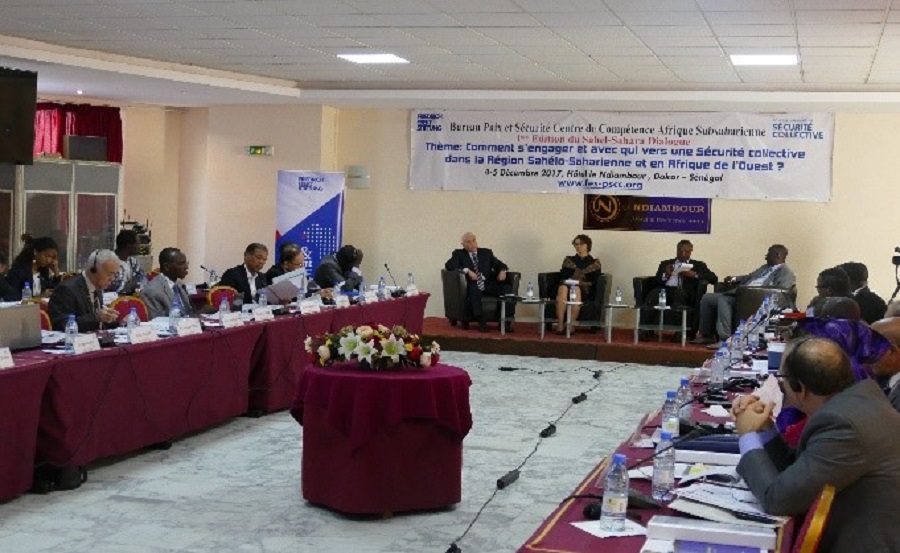 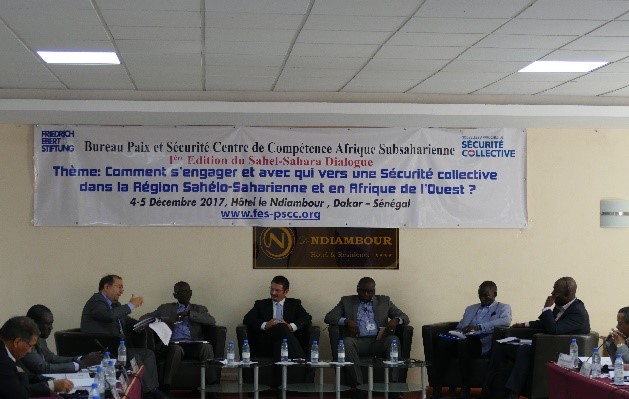 Additionally, non-state actors who want to dominate areas where the state is weakly represented, in terms of administration as well as defense and security forces, weaken the security structures further. The stabilization of this region is without question an important challenge which needs to be met. In this context, the Peace and Security Centre of Competence Sub-Saharan Africa organized its first Sahel-Sahara Dialogue "How to engage and with whom towards collective security in the Sahelo-Saharan region in West Africa?" on the 4th and 5th of December 2017. The conference was held in Dakar, Senegal and brought together regional and international experts with the goal of striving to develop ideas leading to more promising strategies and conflict prevention mechanisms in the collective fight against security threats.

For years, the Sahel countries have faced a succession of political and humanitarian crises as well as security challenges with negative impacts on peace and development in the region. The precariousness of governance and the repeated political instability marked by the violence of social conflicts explains the widening of the gap between society and the state. The situation leaves the countries of this region increasingly vulnerable to insecurity resulting in armed conflicts, terrorist activities, illicit trafficking and organized crime. Even though initiatives to tackle the interlocking roots of the new security threats in the region are under way at the sub-regional, continental and international levels, it is widely felt that more flexible mechanisms to strengthen collective security in the region are needed due to the multidimensionality of the threats.

The main objective of the first Sahel-Sahara Dialogue was therefore to develop ideas leading to more promising strategies, conflict prevention mechanisms and the cooperative fight against security threats by trying to define "how to engage and with whom?". As part of the implementation of the project "Dialogues about Security Challenges in the Sahelo-Saharan region: Rethinking Sub-regional Security", the conference seeked to promote national and sub-regional dialogue on cross-border issues and the challenges and interdependence between North Africa and West Africa. Throughout two days, the conference, which saw the participation of regional and international experts, academics, representatives of civil society organizations, field actors representing local communities and state authorities has led to an open and inclusive dialogue.

The debates centered around the themes of:

Furthermore, the discussion highlighted the urgency of integrating other actors (civil society, youth, women, community leaders) in the peacebuilding process, as well as the existence of constraints in peace management and consolidation, such as the long-term coordination difficulties of organizations working for the same goal (G5, ECOWAS and the AU). In addition to this, the specificity of the Maghreb states and the rivalry between Morocco and Algeria interfering in the negotiation process and therefore increasing the divide between the northern and Sahel states was discussed. Finally, the weak or non-existent coordination between the Sahelo-Saharan states facing essentially transnational challenges were highlighted throughout the two days.

In conclusion, the participants agreed on the importance of establishing a framework of collaboration between the various stakeholders for lasting peace and security in the Sahelo-Saharan zone. Relevant propositions were made, which included: