On 15 – 16 October 2018, the FES PSCC therefore conducted the 2nd edition of the Sahel-Sahara Dialogue at Gorée Island close to Dakar on the theme: "Towards better regional cooperation for inclusive and concerted responses to security instability in the Sahel-Sahara and West Africa". The conference aimed at establishing a framework for dialogue among African countries and promoting better cooperation between Sahelo-Saharan and MONA countries to elaborate on new leverages for countering those threats and enhancing collective security in the region. This multidisciplinary and multi-stakeholder framework for reflection was attended by experts, academics and representatives of civil society organisations as well as researchers of various national, regional and international institutions involved in security issues in the Sahel-Sahara, West Africa and on the continent. 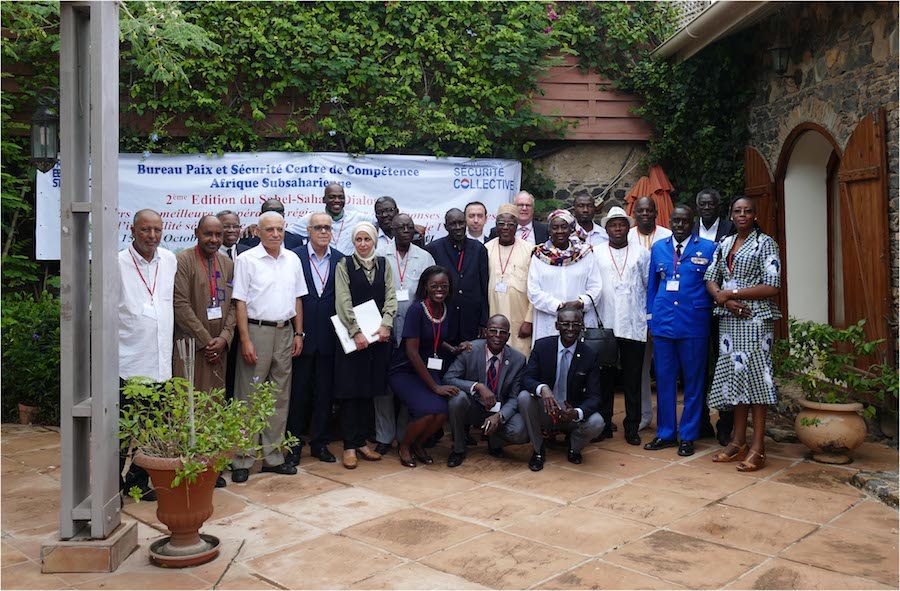 Group picture of the participants. 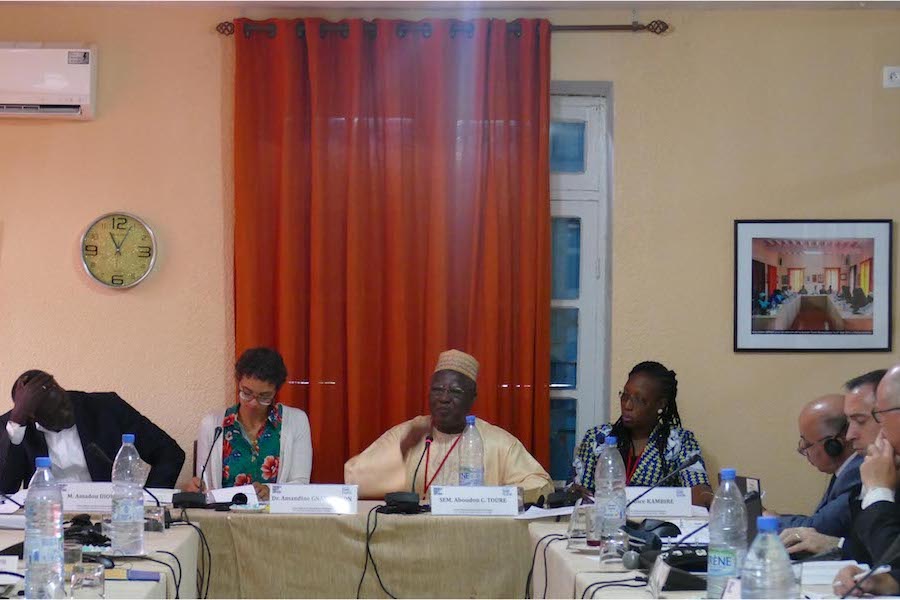 There is a broad spectrum of factors that influence and constrain security and stability across Africa. In the Sahelo-Saharan region as well as in West Africa, states are grappling with various crises and challenges that negatively affect their security. To name but a few destabilising issues, underdevelopment, radical Islamist groups, cross-border crime, conflicts over resources, the continuing effects of climate change and unresolved political, economic and social conflicts are rendering the livelihood of people living in those vast territories challenging. Fragile statehood, weak security institutions as well as the trafficking of arms, weapons and humans further exacerbate already existing tensions and threaten community cohesion and stability.

Whilst various efforts on a local, national, regional and international level have demonstrated the perceived necessity to ensure stability and lasting peace, the mechanisms and leverages deployed as a result have proven insufficient and, in some cases, ineffective. Due to the transnationality and the interwovenness of the security threats, coordinated and collective approaches addressing the root causes of those crises are urgently needed to enhance collective security. To establish a permanent framework for dialogue between the countries in the north and in the south of the Sahara and to reflect on relevant response mechanisms and strategic responses to the various crises, the FES PSCC conducted the second edition of the Sahel-Sahara Dialogue.

Therefore, over 30 practitioners, academics, researchers and policy-makers associated with think tanks, international and civil society organisations, security forces and state institutions from Africa and Europe came together on Gorée Island to reflect and debate on imminent security concerns in the region and promote better cooperation among the various countries.

The event was opened by Frédéric Kwady NDECKY, who works as Coordinator of the "Peacebuilding and Conflict Prevention" programme of the Gorée Institute, at whose facilities the conference was taking place. This was followed by an introduction to the FES PSCC and the objectives of the conference convened by Holger GRIMM, the director of the FES PSCC. A keynote speech by Prof. Ouelhadj FERDIOU, Professor of International Relations at the University of Algiers III, in which he stressed the necessity to collaborate to counter the various security threats, rounded up the welcoming event.

The main part comprised of five panels, three of which were hosted on the first day. The panels comprised a moderator and two to four debaters, focussing on the following topics and questions:

Whilst the presentations held by the panellists and the subsequent discussions amongst the participants addressed different topics and geographic foci, the participants all acknowledged that the new security have increasingly become transnational. Therefore, international and specifically African institutions as well as African states should better cooperate and mutualise their strategies to counter those threats. Despite the diversity of topics and participants, every panel arrived at similar conclusions to improve collective security, including the recommendations below: