Dakar hosted a workshop on new approaches to collective security from 14 to 16 May 2017. This is how the FES offices of the Peace and Security Network, accompanied by six (06) experts and a representative from the Overseas Development Institute in London (ODI), joined forces to discuss the methodical premises of the project "New Approaches to Collective Security ". 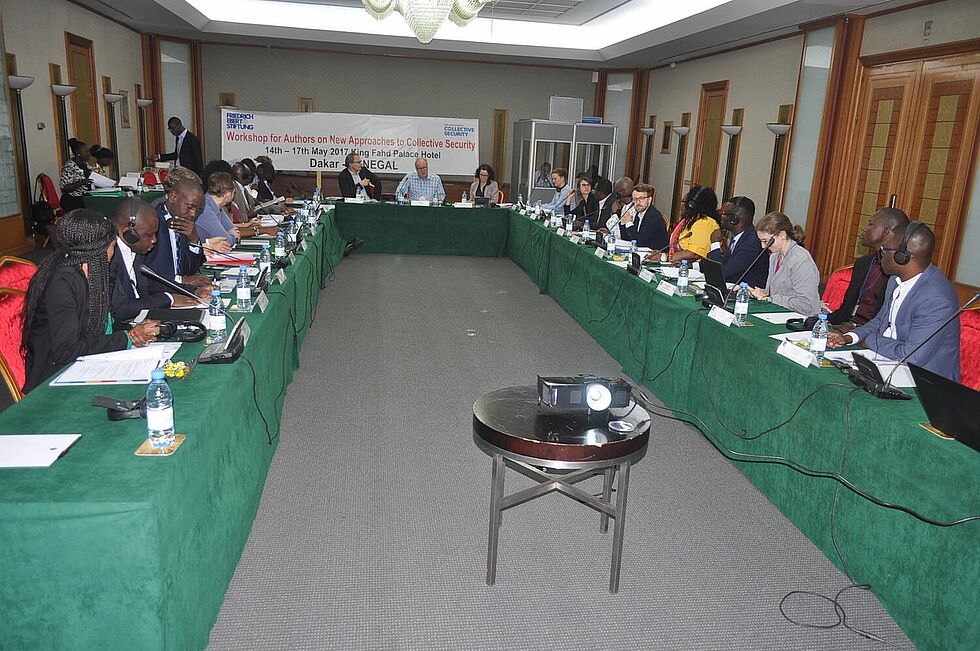 Photo: View of participants at the workshop during sessions. 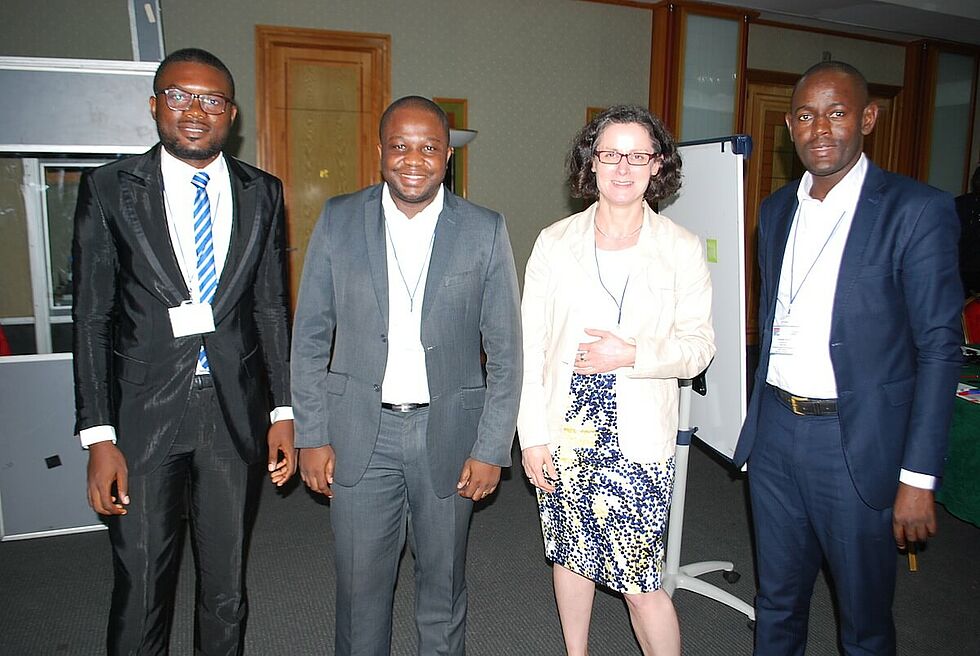 Peace and security in sub-Saharan Africa continue to be threatened by resources competition, ethnic tensions, provoked (cross-border) outbreaks of violence, coups d'Etat, organised crime, terrorism and small arms proliferation. The actions of non-governmental actors and stakeholders in the face of these challenges are intensifying. However, after a (deceptive) spell of peace, stability remains a sought-after ideal in these countries. Their causes are multiple, increasingly complex and result from the interaction of the variety of circumstances and influences that alters the degree of measurable and perceptible insecurity. Despite a number of important developments over the last decade in the areas of Peace Keeping, Mediation, and cooperation between the AU/RECs (Regional Economic Communities), or rather the AU/RECs and the UN, but also regarding the progress of the African Peace and Security Architecture (APSA) and the African Governance Architecture (AGA), it seems that the current collective security systems/institutions lack satisfactory solutions for both the new and the old peace and security challenges.

Through the project "New Approaches to Collective Security", the root causes of conflict, as well as the politico-economic aspects of conflict systems, including the causes of their persistence as well as the impacts of "political economy" on the peace agreements in order to provide knowledge on the best way to achieve collective and sustainable security will be apprehended. It is in this context that the authors' workshop took place to discuss and agree on the methodology of the studies to be carried out.

Using a structured process based on a participatory approach of all participants, the workshop enabled to:

The discussions have also been enriched by the participation of a representative of the United Nations Office for West Africa and the Sahel in Dakar. He shared with the participants the lessons learned in resolving the crisis in The Gambia.

At the end of these three days, the authors of the studies are satisfied with the outputs resulting from the workshop. They are now focusing on the next step which is the development of studies.