On 23 May 2017, the Friedrich-Ebert-Stiftung Peace and Security Centre of Competence Sub- Saharan Africa organized a conference entitled "Authorities, Media and Terrorism: the difficult equation" at the Pullman Téranga Dakar Hotel. 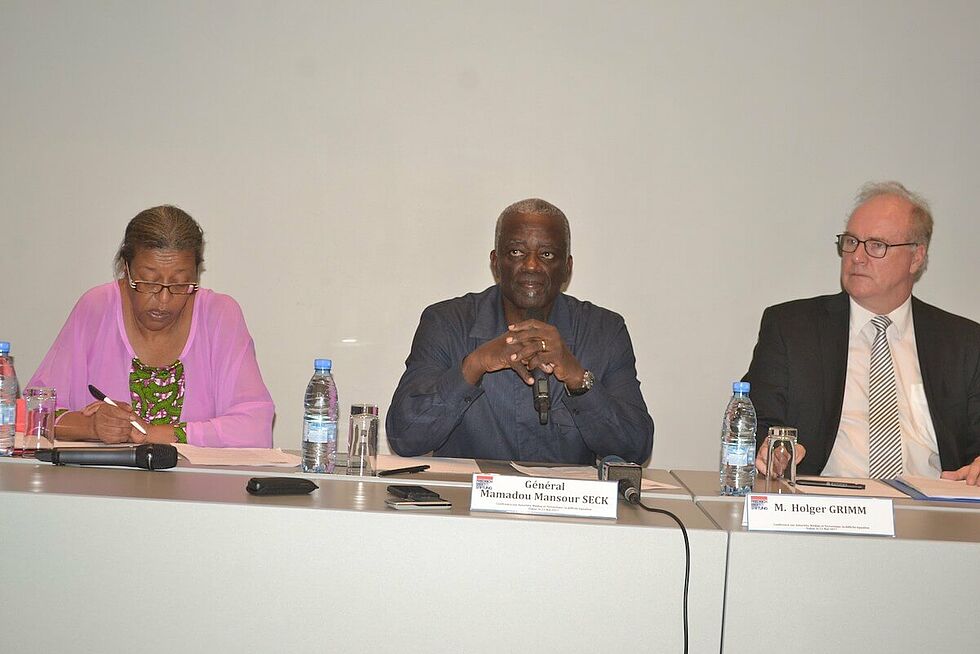 Photo: Keynote by General Mamadou Mansour SECK Former Chief of General Staff of the Armed Forces of the Republic of Senegal. 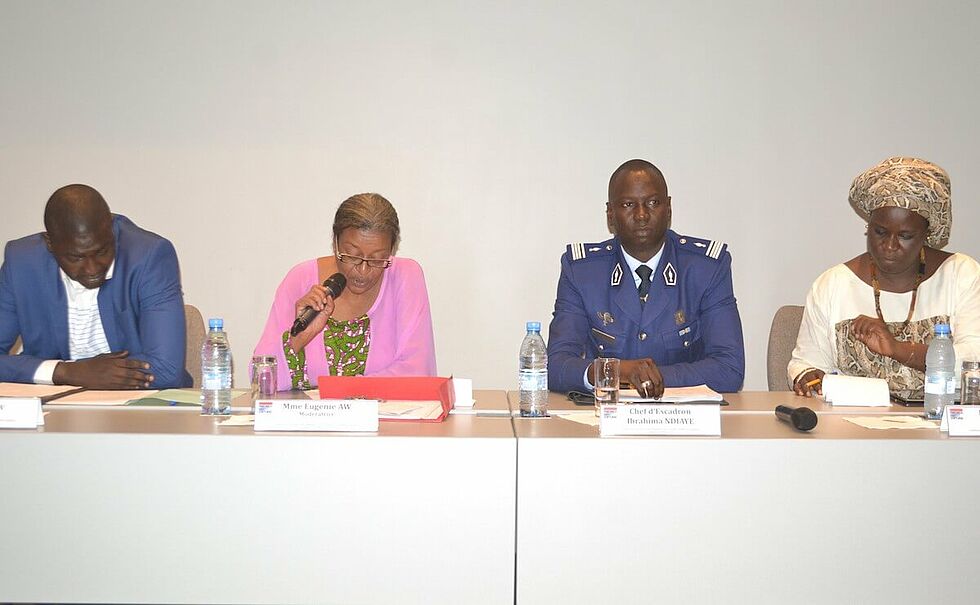 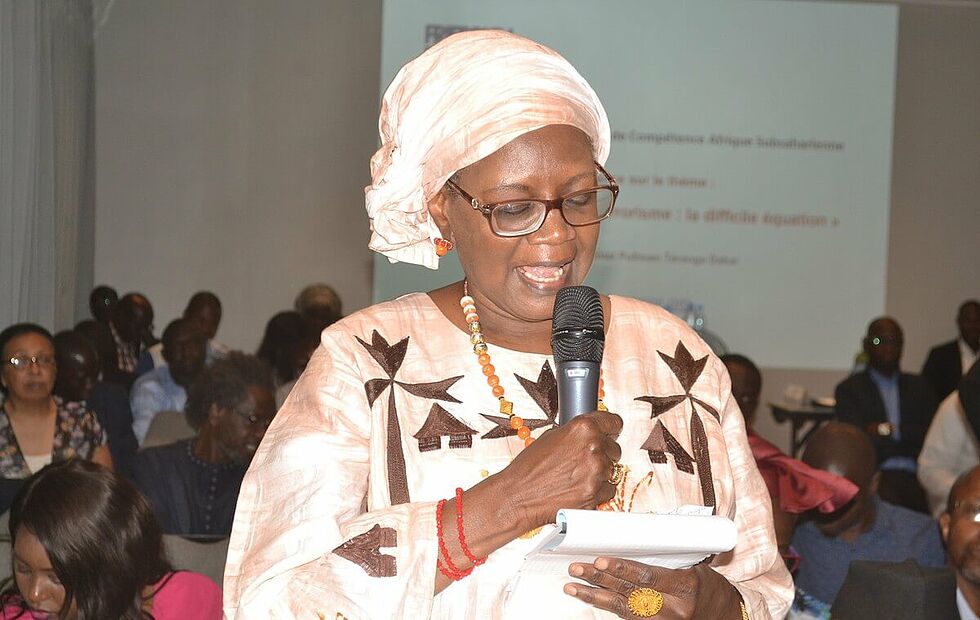 Photo: View of participants at the conference.

This is the first on this topic, which is part of the agenda of the FES Peace and Security office. The objective is to contribute to the optimization of a better collaboration between authorities and the media to counter terrorism in the interest of the populations of the Sahel region, West Africa and the African continent as a whole. This conference began with a keynote by General Mamadou Mansour SECK Former Chief of General Staff of the Armed Forces of the Republic of Senegal who believes that the role of the media and the government is to protect people and property. As for the citizens, they must act as a "responsible citizen" to counter terrorism. Following on from this, various panels of discussion followed.

Panel I on « Current state of the relations between authorities and the media regarding terrorism. Gaps and Framework for dialogue and cooperation » was led by Professor Rachid BENLABBAH of the Institute of African Studies, Mohamed V University of Morocco, Mr. Mohamed Pathe DIARRA, Counselor at the Embassy of Mali in Senegal, Mr. Pierre MENDY, Representative of the Ministry of the Interior of Senegal and Colonel Alioune NDIAYE, Communications Officer of the National Union of the Retired people of the Police.

The third and last panel was led by the Squadron Leader Ibrahima NDIAYE, Head of Communication Division of the National Gendarmerie, Dr. Sokhna Fatou Seck SARR, Specialist in Information and Communication Sciences-UFR Communication Section Civilizations, Religions, Arts and Communication (CARC) - Gaston Berger University of Saint Louis and Dr. Sylla SOW, Doctor in Public International Law - Researcher associated with NGO Article 19, Dakar. It was about a video projection of 15 min telling all the process of a terrorist attack.

By Ms Eugénie Rokhaya Aw NDIAYE’s (Moderator of the conference), Expert on conflicts, gender, media issues and former director of CESTI, the various experts, representatives of the Ministry of the Interior, ambassadors, gendarmerie, representatives of NGOs and Members of the press have come to the conclusion that: a framework for cooperation between state and security authorities and media professionals is needed to make the fight against terrorism more effective.