The Peace and Security Centre of Competence Sub-Saharan Africa hosted the consolidation workshop of the "New Approaches to Collective Security" project from 16 to 18 April 2018. It was held at Hotel NOVOTEL in the presence of the heads of the Africa Department of the FES Berlin, the resident representatives as well as the programme officers of the FRISI network and an external expert. 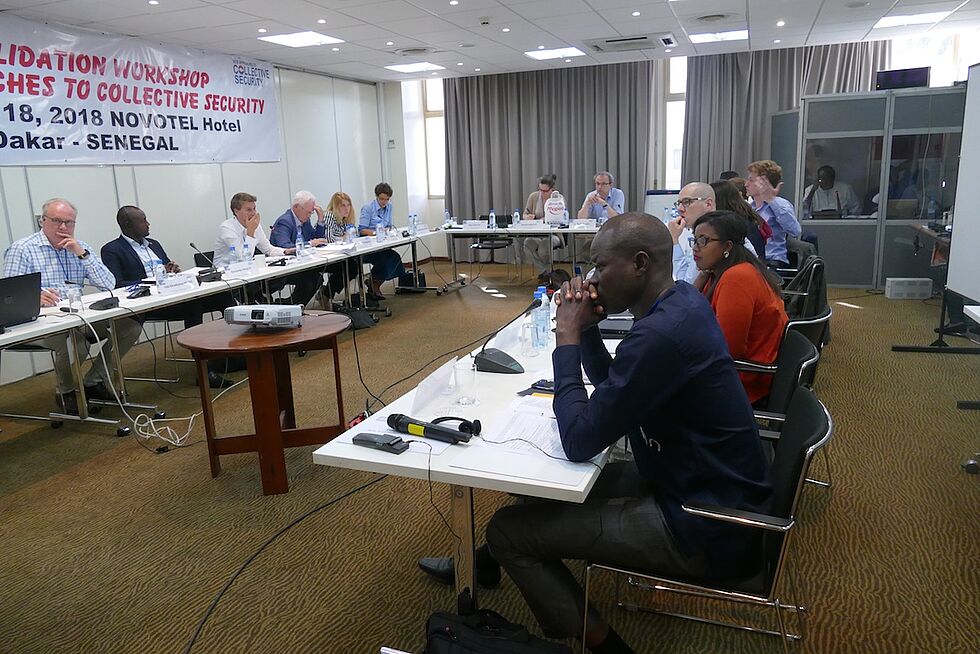 Photo: Members of the Frisi network during the workshop 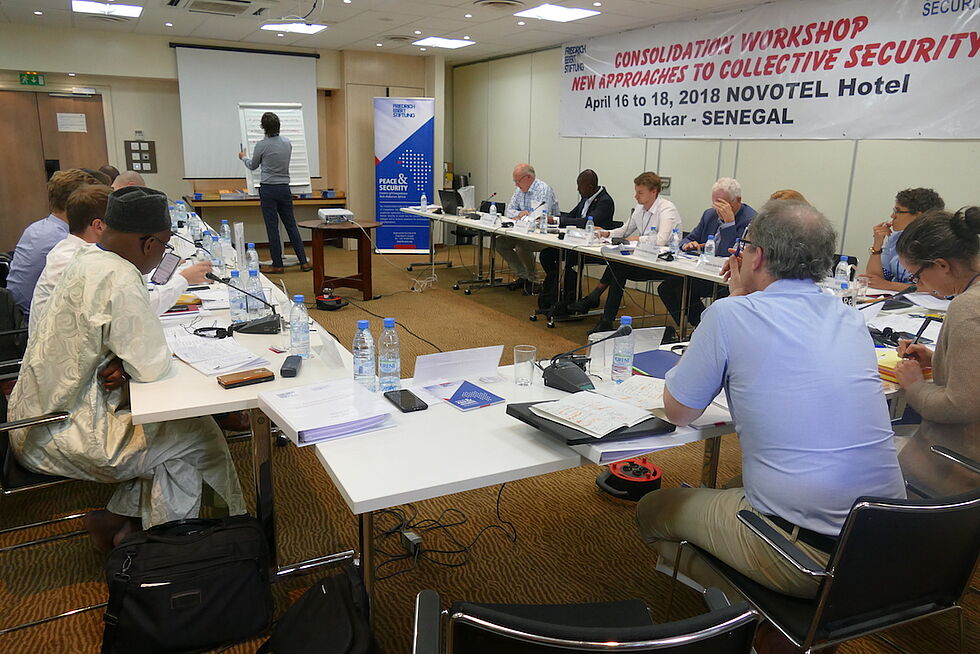 Peace and security issues remain a challenge in West Africa and the Sahel. The region remains insecure and weak due to struggles over resources, ethnic tensions, violent (cross-border) conflicts, coups d'état, organized crime, terrorism and the proliferation of small arms. In addition, the increase in threats is giving rise to new forms of instability. To deal with this, important developments particularly in the fields of peacekeeping and mediation have taken place over the past decade. Also, the cooperation between the African Union, the Regional Economic Communities and the United Nations has intensified clearly. Additionally, the African Peace and Security Architecture and the African Governance Architecture demonstrate significant enhancements. Despite the improvements, these institutions still do not seem to offer adequate solutions to the numerous contemporary security challenges.

The objective this time was to provide guidance on the basic objectives and to validate the results and conclusions obtained during the last workshop in 2017. This was done in collaboration with national and regional partners active in the field of conflict systems. In addition, the aim was to find the best way of introducing the results and conclusions to the ongoing reform processes of the African regional and continental peace and security architectures through, for example, a conference.

The workshop was a forum for discussion and debates held in different working groups. The underlying aim was to understand why peace cannot be consolidated in some areas of Africa. From the debates, five main factors could be identified that constrain the consolidation of peace. These drivers include the lack of legitimacy, commitment, coherence, and, finally, the lack of governance of international, regional, national and local actors.

The organization of this workshop provided a better understanding of the project's objectives and expected outcomes. It was also an opportunity to define the next steps in the project.