On 20 to 21 March 2018, the Peace and Security Centre of Competence Sub-Saharan Africa of the Friedrich Ebert Stiftung (FES PSCC) co-organised with WANEP-SENEGAL a diagnostic workshop on common security challenges in the Gambia, Guinea Bissau and Senegal. This sub-regional meeting saw the effective participation of about thirty people from the Gambia, Guinea Bissau and Senegal, composed of representatives of state, non-state and international institutions (NGOs and CSOs), members of the security forces, experts and academics to discuss and share their experiences on the security challenges common to these three countries and to formulate clear and feasible strategic prevention and resilience recommendations for the political decision-makers of these different countries. 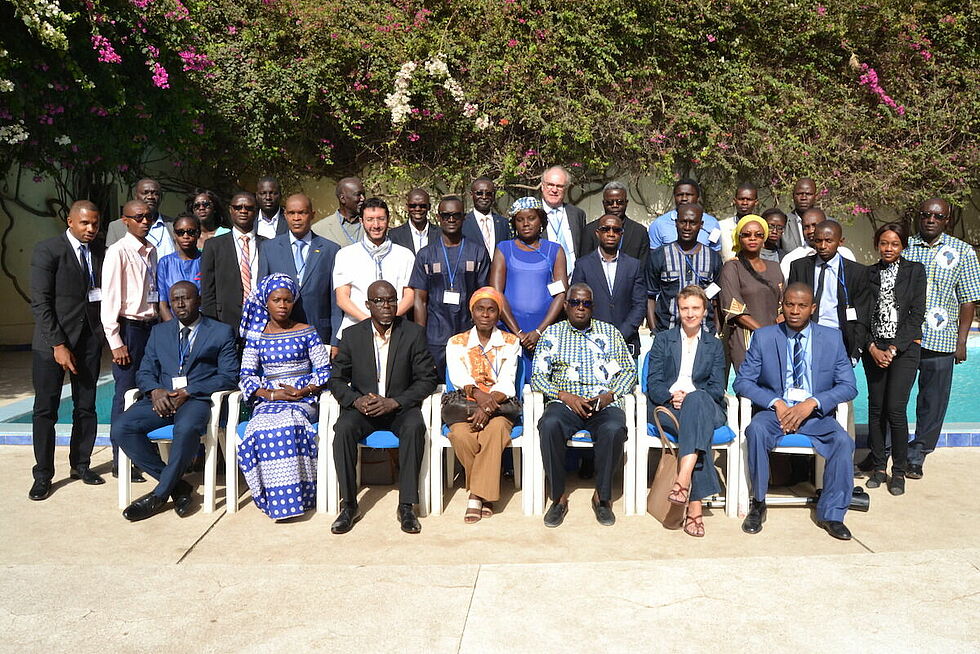 Family photo during the workshop 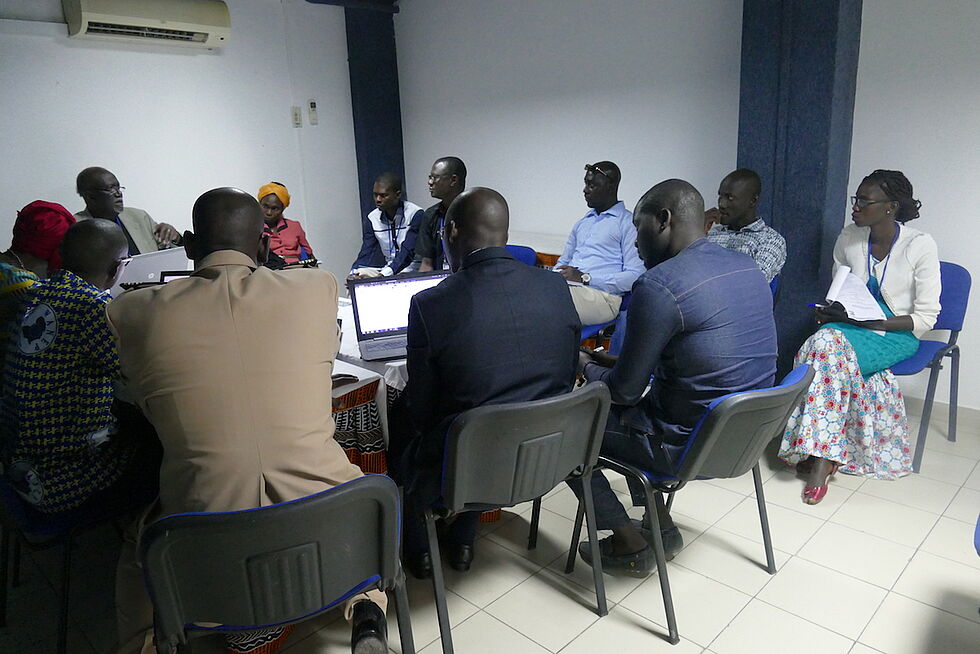 As fragile states with varying degrees of political development, outward-looking economies and limited redistribution despite their high potential for growth, Senegal, The Gambia and Guinea-Bissau experience hybrid forms of insecurity and a range of known and emerging threats. The latter are particularly acute in transboundary areas and spread from one country to another by taking advantage of the various weaknesses of local political and security systems. Indeed, drug trafficking, trafficking in human beings—particularly children, women and migrants—, proliferation of small arms, environmental crime, and terrorism all involve common, cross-cutting issues, so multilateral cooperation is a prerequisite for dealing with them efficiently. Individually, none of these three countries are able to handle those issues effectively and sustainably. Furthermore, there is a real threat of contagion in cases of human insecurity and political destabilisation, as demonstrated by the conflict in Casamance and Guinea’s civil wars. Given the states’ limited institutional and economic capacity, their major failings in terms of security governance, the porousness of their borders, endemic corruption—including within their defence and security forces (DSFs) —, and the high levels of economic vulnerability affecting their populations, the national and sub-regional situations are particularly critical while threats have never been so great.

This explains the organization of such a workshop by the Peace and Security Centre of Competence Sub-Saharan Africa of the Friedrich Ebert Stiftung (FES PSCC) in collaboration with the WANEP networks of Gambia, Guinea Bissau and Senegal.

The main objective of the diagnostic workshop was to take stock of the security situation in each country to draw up a synoptic picture of common security challenges with a view to formulating strategic prevention and resilience proposals to policymakers in the countries concerned.

The themes developed during the panels focused on:

The discussions and exchanges of experience that followed the group work provided an opportunity for participants to identify the challenges and issues facing democracy and good governance in Senegal, the Gambia and Guinea-Bissau and to determine their impacts on human security in general. The work also showed that the three countries face, among other things, governance problems, weak institutions, a lack of public confidence in the Defence and Security Forces, social fragility and political instability. The workshop also found that there is a link between the emergence of security threats and the State's capacity to develop and implement public policies and respect for social, economic and cultural rights. Similarly, it is unanimously acknowledged that there are no joint patrols, no exchange of information and little police cooperation between the three countries.

The discussions revealed that security issues all have a transnational dimension, which makes cooperation between Senegal, Gambia and Guinea Bissau fundamental. The meeting identified avenues for collaboration to prevent conflicts between countries and peoples destined to live together because that is their destiny. It is recognized that a set of socio-political and economic factors, which are constantly evolving, are at the heart of the security problem that concerns all three countries because these phenomena have no borders.

Overall, to co-construct a shared security between the different countries, the following proposals were made:

This workshop should eventually lead to the establishment of a citizen control mechanism of public action in collaboration with WANEP.