From 18 to 20 September 2018, the Peace and Security Centre of Competence Sub-Saharan Africa of the Friedrich-Ebert Stiftung (FES PSCC) and its offices in Mali and Ivory Coast, in partnership with the Centre des Hautes Etudes de Défense et de Sécurité (CHEDS), organised a regional seminar on the theme: "Women, Youth, Defence and Security". This seminar held in Dakar, Senegal aimed to contribute to the reduction of the divisions between women, youth and the Defence and Security Forces (DSF) to build and/or consolidate peace and security in West Africa. 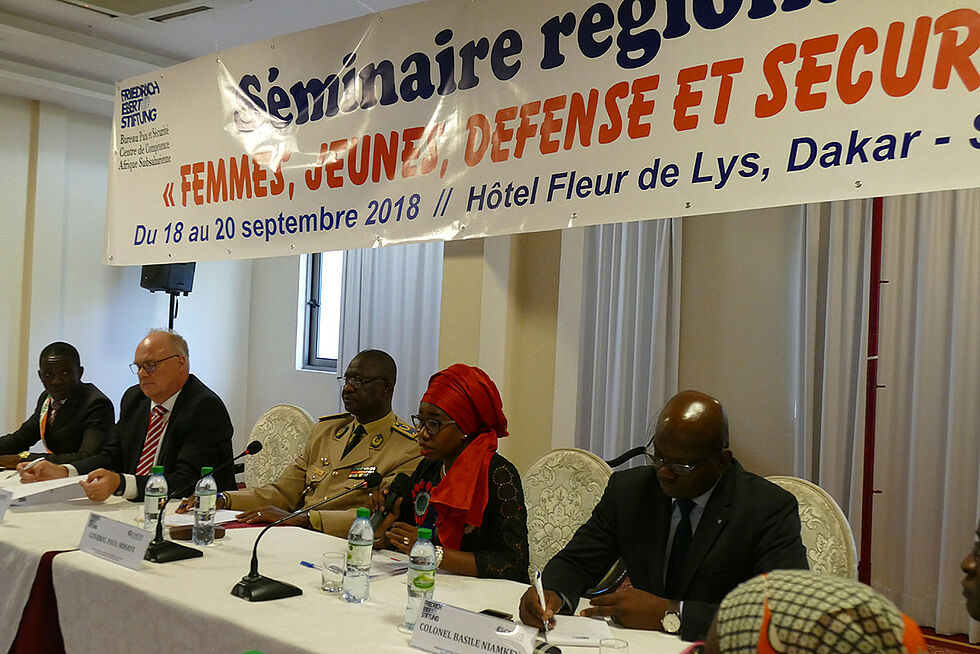 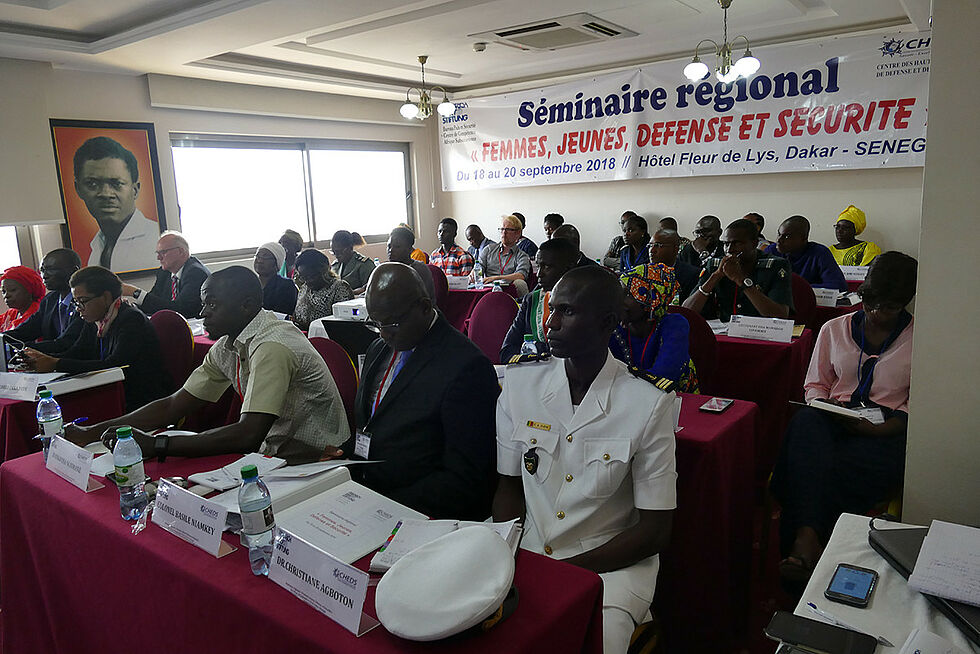 For several decades, Africa has been the scene of conflicts, rebellions and terrorist acts with incalculable human and socio-economic consequences. They have a particular impact on women and young people who represent almost 75% of the population of the black continent. Often victims, accomplices and sometimes perpetrators of violence, they can in certain circumstances become key actors in dealing with it, fighting but also preventing such violent acts. The Defence and Security Force, by their mission, is responsible for the protection of civilians, but the global and multidimensional nature of current threats requires a paradigm shift for all. The importance of the full and active participation of women and youth in cooperation with the Defence and Security Force in conflict prevention and resolution and in peacebuilding and peacekeeping is becoming imperative.

It is with this in mind that the Peace and Security Centre of Competence Sub-Saharan Africa of the Friedrich Ebert Foundation (FES PSCC) and its offices in Mali and Ivory Coast, in partnership with the Centre des Hautes Etudes de Défense et de Sécurité (CHEDS), have agreed to implement the regional project "Women, Youth, Defence and Security" which, through its inclusive and multi-actor approach, aims to provide solutions to the problems of security governance in Africa.

Thanks to the quality and relevance of the participants from Senegal, Mali and Ivory Coast, this seminar provided an opportunity for constructive and fruitful exchanges.

Among the recommendations, the following were highlighted, among others: