The phenomenon of religious radicalization of young people was the main theme of the international seminar held on 14 and 15 February 2017 by the School of Officers of the National Gendarmerie (EOGN) with the support of the Friedrich Ebert Stiftung Peace and Security Competence Centre of the Sub-Saharan Africa region. It registrated the effective participation of the Minster of the Armed Forces of Senegal, the authorities of the Senegalese national gendarmerie, the academics and experts in Peace and Security. In addition to the trainees of the EOGN representing thirteen (13) african nationalities, there were also the schools of gendarmerie officers from Ivory Coast, France, Mali and Morocco. 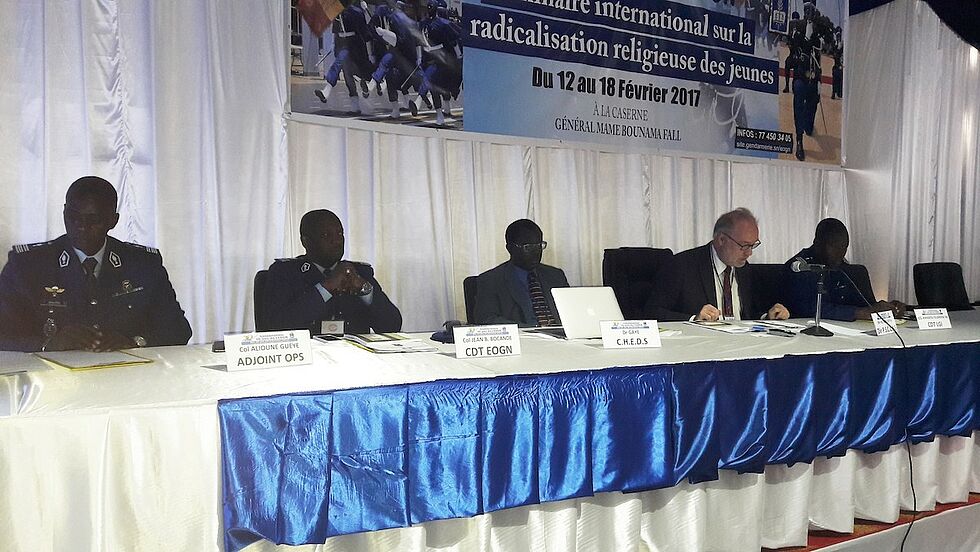 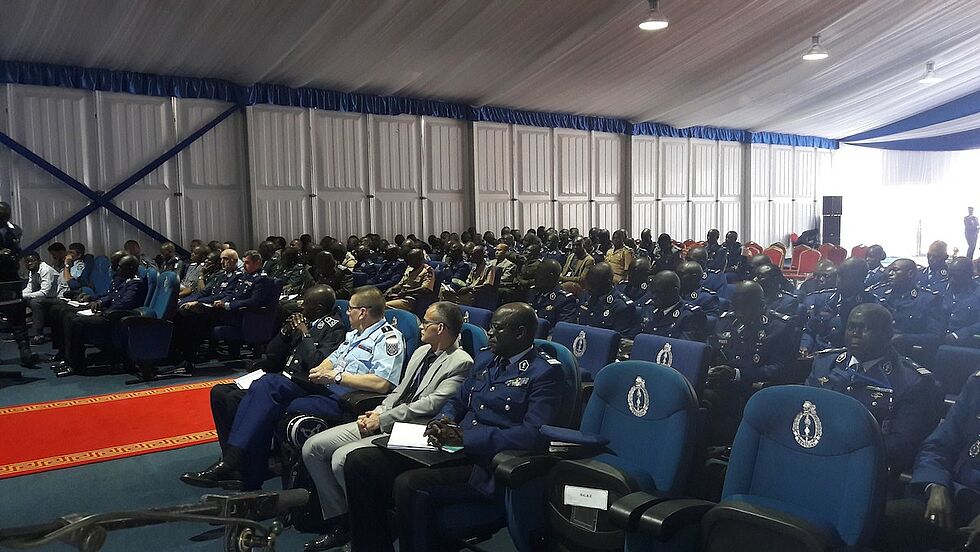 The participants at the presentation facilitated by FES PSCC. Photo: FES PSCC

For several years, religious-inspired terrorism has been gaining ground throughout the world, particularly in Africa. Most terrorist groups justify the use of violence by an erroneous interpretation of religion, especially Islam. Thus, several young people seduced by these radical groups take part to these violent movements. In West Africa and the Sahel, groups are involved in waves of violence in several countries such as Mali, Niger, Burkina Faso and Nigeria. However, the phenomenon of radicalization does not spare any African country. In Senegal, a country not yet affected by terrorism, there are increasing signs of radicalization among young people. Senegalese are reported as terrorists in Libya and Syria.

Recently imams have been arrested for inciting violence and threats to the country's internal security. In this context, it is appropriate to identify the phenomenon of the radicalization of young people and, above all, its manifestations and manipulation in order to deal with possible threats. The aim of this meeting was to have a deeper understanding of the phenomenon of radicalization of young people in the context of a terrorist threat in Africa. Various experts and actors from the peace and security sector have seized this opportunity to analyze and expose both the history and the root causes of this evil.

The seminar, which took place in the form of a conference followed by workshops, provided an opportunity for experts, researchers and actors in the security services to provide insights and exchanges with the participants on the following points:

A complementarity of the experiences, skills, technical knowledge and resources of all the actors is the interest sought by the Friedrich Ebert Stiftung Peace and Security Competence Centre Sub- Saharan Africa by actively supporting this seminar. Its participation in the debates reveals a clear perception regarding the sharing of prevention actions through its project "New Approaches to Collective Security" by establishing contact with the leaders of the Senegalese defense and security forces, experts and researchers.