From 09 to 12 September 2019, Grand Bassam hosted the national workshop in Ivory Coast of the "Women, Youth, Defence and Security" Programme. This is the last stage of the national workshops planned within the framework of the programme, which is being conducted in partnership between the Peace and Security Centre of Competence Sub-Saharan Africa of the Friedrich Ebert Foundation, its Ivory Coast office and the Centre des Hautes Etudes de Défense et de Sécurité (CHEDS) with the same main objective as for the previous workshops: to help reduce the divisions between women, youth and the defence and security forces (DSF) to build or strengthen peace and security through training. 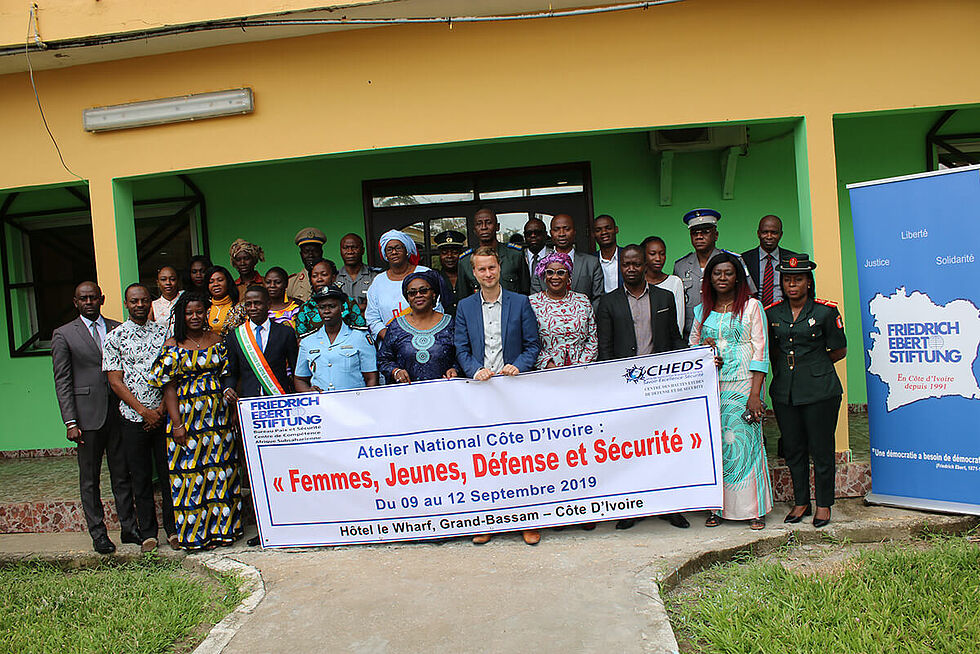 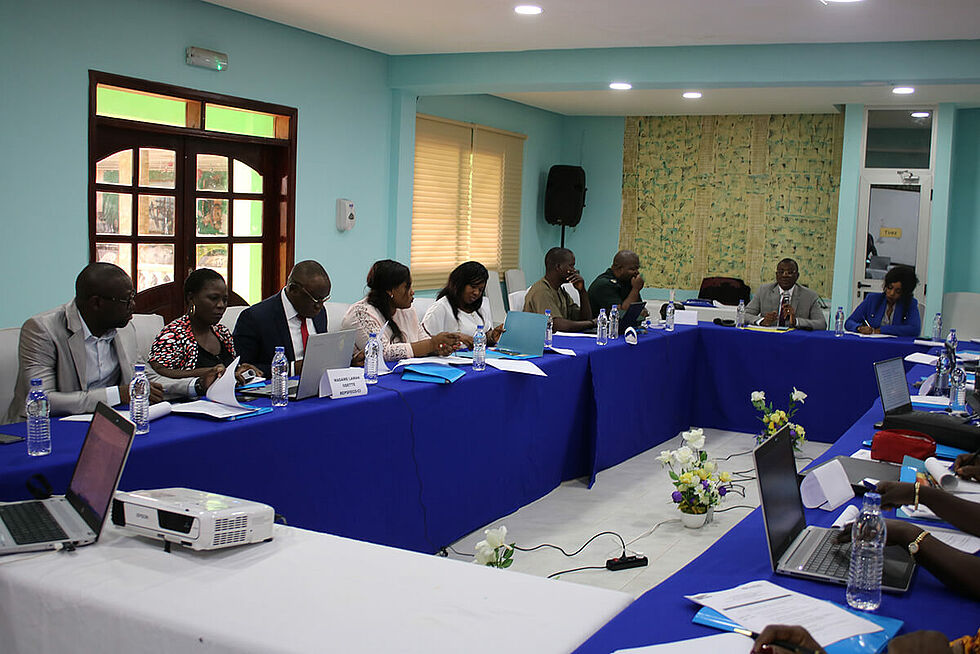 The workshop was attended by 37 participants, including officers from the various Defence and Security Forces; young people and women from civil society organizations and prominent Ivorian experts. Once again, the four days of the workshop provided an opportunity to provide training so that it could be multiplied as much as possible and to reflect on the creation of bridges between women, youth and Defence and Security Forces. The themes addressed, such as the security challenges and threats in Ivory Coast, its defence and security architecture and the trust between Defence and Security Forces, women and young people, made it possible to strengthen each other's capacities in order to have the desired multiplier effect.

In addition to the presentations, working group and role - playing was carried out to promote understanding and cohesion between young people, women and SDF. Here are some recommendations that were made at the end of the work: