Security Sector Reform (SSR) sufficiently demonstrates that the field of security is not limited to the action of defence and security forces, it must also consider the aspirations of the population and the security of individuals to the extent that security has become global. Indeed, it has evolved towards human security, which requires the involvement of all, especially the agents of change, women and youth. However, there is a gap between the defence and security forces (DSF), women and youth. It is characterized by distrustful or almost non-existent relationships. However, the global and multidimensional nature of today's threats requires a paradigm shift for all to seek synergy, trust and collaboration between these different actors in society. 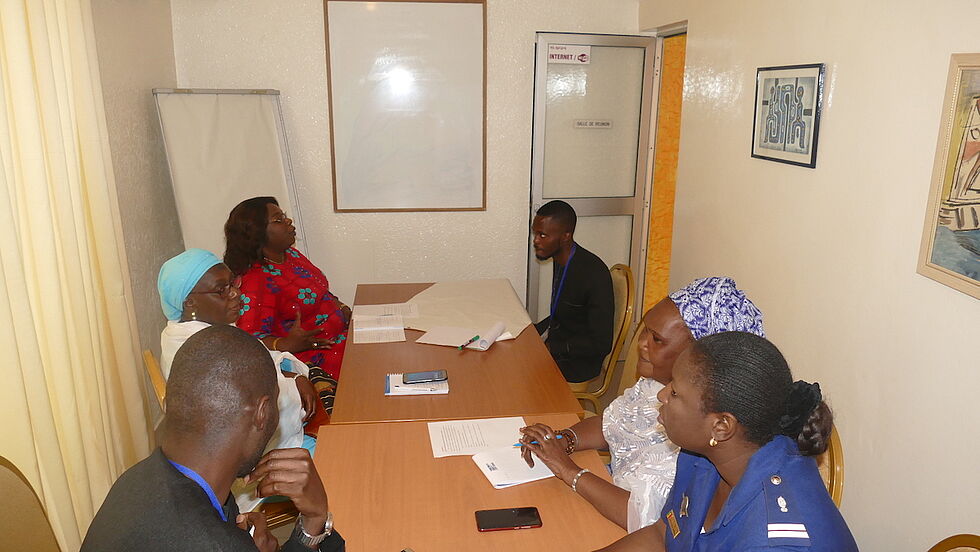 In order to explore these questions in greater depth and find solutions, the Peace and Security Centre of Competence Sub-Saharan Africa of the Friedrich Ebert Foundation (FES PSCC), in partnership with the Centre des Hautes Etudes de Défense et de Sécurité (CHEDS), organised a national workshop on the theme "Women, Youth, Defence and Security" from Wednesday 29 to Friday 31 May 2019 at the Al Afifa Hotel in Dakar.

The main objective of this national workshop was to contribute to bridging the gaps between women, youth and the defence and security forces in building peace and security in Africa through training. It is planned to build and / or consolidate new synergies that foster understanding and mutual trust between these three actors of society. This activity, with a training component, will involve the defence and security forces, members of women's and youth networks and organizations, and security experts in order to have a multiplier effect. It should be noted that this workshop will be repeated in Mali and then in Côte d'Ivoire.

During the workshop, the speakers addressed several themes focusing, among other things, on ways and means to acquire new knowledge and create better relationships between SDS, women and youth on the one hand. They carried out a series of application and exchange exercises to ensure a better understanding of the themes addressed.

Young people and women are key actors in the prevention of armed conflict, violent extremism and organised crime. In this way, they contribute, alongside the Defence and Security Forces, to defence and security for stability, development and "living together in peace" in Africa. Taken in isolation, none of these actors is in a position to deal satisfactorily and sustainably with the hybrid and juxtaposed security challenges and threats facing Africa. It is necessary for these actors to come closer through communication, to restore the trust necessary to live together and collaborate. Therefore, during this workshop, particular emphasis was placed on themes that are essential for a good relationship between the defence and security forces, women and youth. Among the topics discussed are the concepts of defence, security and gender, the challenges and perspective of trust relations between the the defence and security forces and civilian populations, the system of optimal collaboration between the SDF, women and young people, strategies and methods for better communication between these actors, etc.

Participants developed recommendations on ways and means to build trust and confidence between SDS, women, and youth. The in-depth discussions and exchanges of experiences and points of view that followed the speakers' presentations made it possible to identify the main challenges and approaches to be adopted for trust and collaboration between the defence and security forces, women and young people so that each actor plays its role.

The recommendations of the different groups of participants had in common the following requirements:

The next national workshop will be held in Mali in June 2019. The same model will be reproduced.