The Peace and Security Centre of Competence Sub-Saharan Africa of the Friedrich Ebert Foundation (FES PSCC) in collaboration with the Laboratory for the Analysis of Societies and Powers / Africa - Diasporas (LASPAD) and the West African Network for Peacebuilding (WANEP) organised a workshop on 13 and 14 April 2019 in Banjul to present the survey on Citizen Control of Public Security Action (CCAPS). This activity follows the meeting held in Dakar in March 2018 to identify common security challenges faced by Senegal, Gambia and Guinea Bissau. 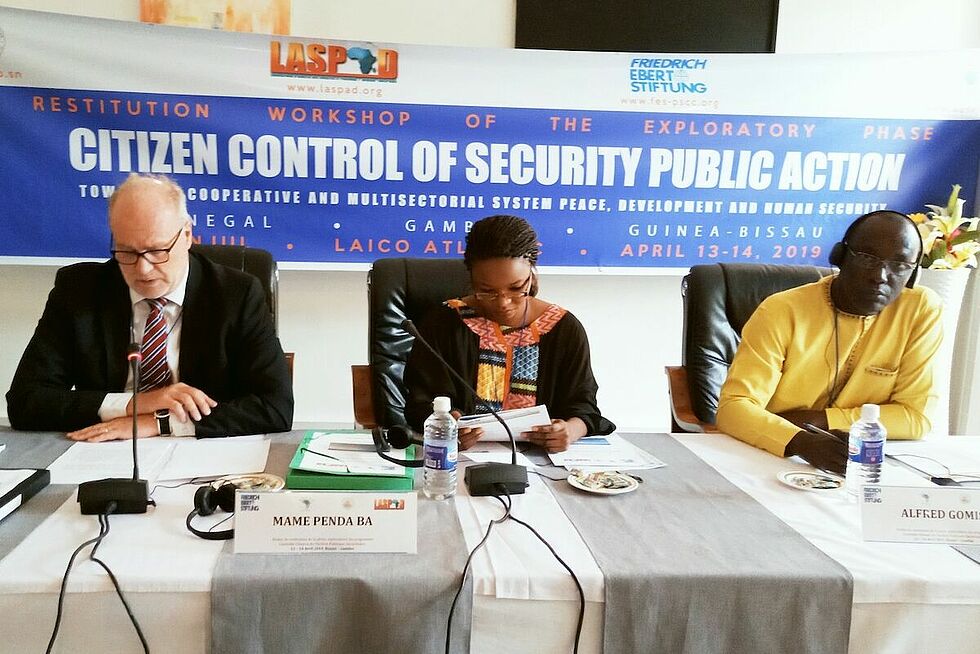 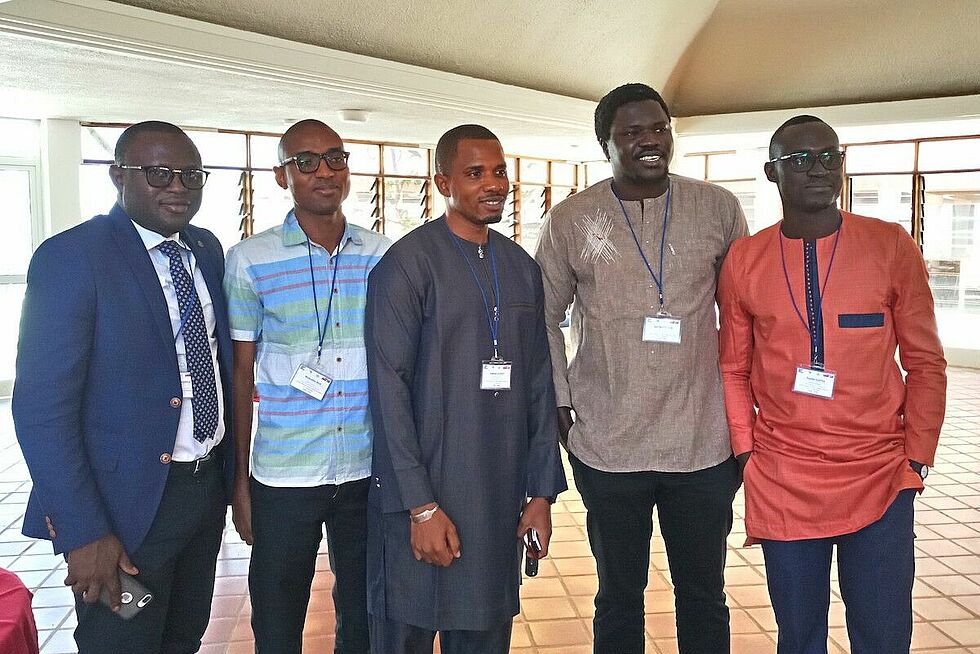 This workshop held in Banjul was attended by academics, security actors, members of regional and international civil society organizations and NGOs, elected officials and representatives of state structures from the three study countries, Senegal, Gambia and Guinea-Bissau.

The objective of this meeting was to present the results of the exploratory survey as part of the project to establish a citizen perception barometer of security public action. It was also an opportunity to reflect on three potentially consolidating issues of the barometer project.

These include, in particular:

LASPAD, which was responsible for conducting the exploratory survey, presented the results on the perception of safety at the population level. The perception study covered three border states: Senegal, Gambia and Guinea-Bissau and focused mainly on urban areas. It was a multi-site investigation. Five teams were mobilized to cover the so-called safe and unsafe neighbourhoods of Dakar, Saint-Louis, Ziguinchor, Tambacounda, Banjul, Bwiam, Bissau and Farim. Fifteen interviewers, speakers of the local languages of the three countries concerned, grouped into five teams led by research engineers, managed to collect nearly 1480 interviews per questionnaire from the population between 4 March and 15 March 2019. It should be noted that this survey was carried out with the help of new technologies. This involved the use of smartphones connected to a central database that allowed the programme chief to follow the interviews being conducted live.

The exchanges were very fruitful. Many recommendations were made and fundamental security issues such as cybercrime (a major problem in the sub-region), sexual violence against women, the problem of FGC and the theft of livestock, which even threatens the geopolitical balance of the sub-region, were widely discussed.