The "New Geopolitics of Peace Operations III" took place in Dakar. This was a cooperation between FES PSCC and SIPRI. 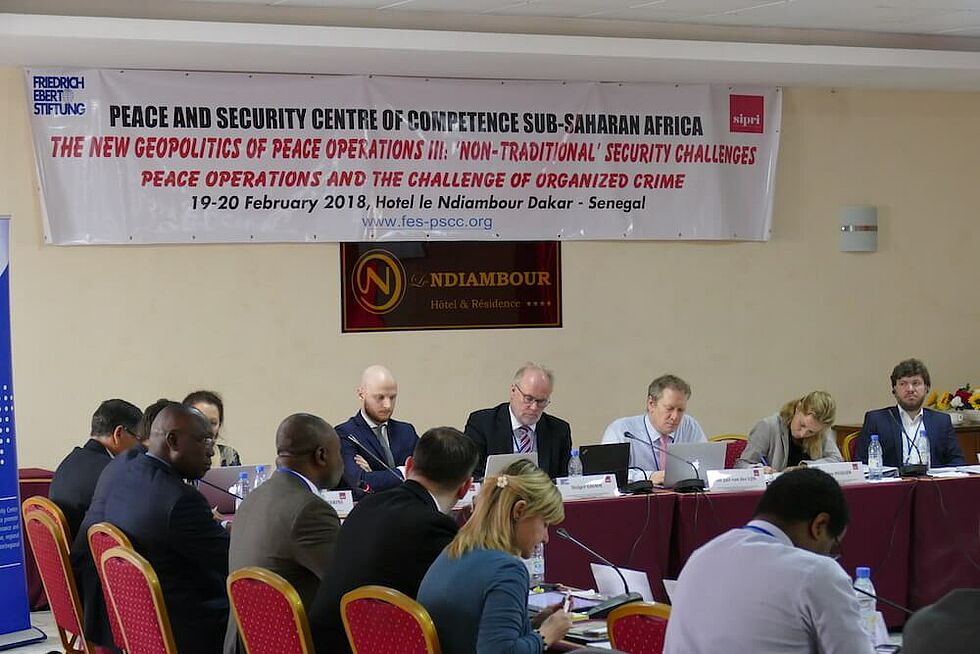 Photo: The organizers of the conference during the New Geopolitics of Peace Operations III 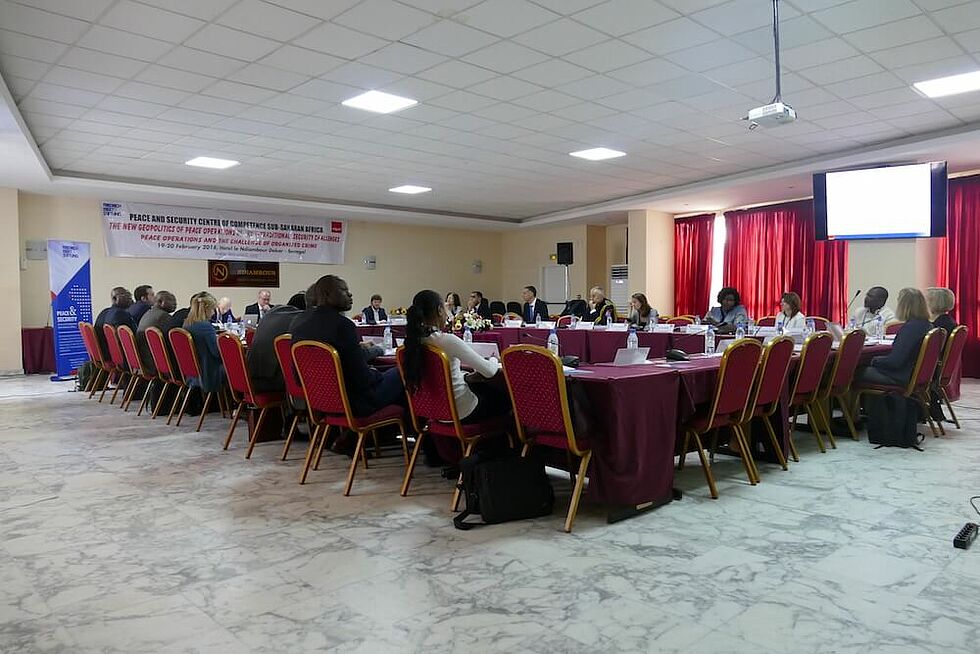 Photo: Participants of the New Geopolitics of Peace Operations III

As part of the dialogue series "The New Geopolitics of Peace Operations III" (NGP III) a conference with the topic ’non-traditional’ Security Challenges, peace operations and the challenges of organized crime was held in Dakar on the 19-20 of February 2018 at the Hotel Ndiambour. The NGP III is the follow-up project of "The New Geopolitics of Peace Operations I & II". The key findings from both NGP I & II have shown that, success of future peace operations is likely to be closely linked to the ability to respond effectively to non-traditional challenges of security. This is one of the reasons why this third round of dialogue meetings is specifically focused on this topic.

The conference was organized in cooperation with the Stockholm International Peace Research Institute (SIPRI) which showcased the long-standing cooperation between both organizations. The aim of this conference was to increase understanding of United Nations and non-United Nations peace operations as well as non-traditional security initiatives. It seeked to identify the diverse perceptions, positions and interests of relevant stakeholders and to define the political space for the potential role of peace operations (what can and cannot be done) in relation to non-traditional security issues. This also supports and complements the FES PSCC in its search for inclusive security in West Africa and the Sahelo-Saharan zone, which are spaces where jihadist groups and multiform networks of illicit trafficking are linked to transnational organized crime. The series of dialogue meetings, to which this conference belongs, includes topics such as terrorism and organized crime and will make up one final report with recommendations that will be represented to the UN and other organizations at a later stage.

The conference in Dakar combined selected international experts from different organisations and missions including the UN, AU, NATO and EU as well as UN missions in Mali, Kosovo and Haiti. Furthermore, representatives of the civil society and academics were present. Throughout the two days, various issues were discussed including:

Some of the main issues raised during the conference included, the failure to create proper mandates with well-prepared instructions to combat organized crime as well as the difficulties of understanding organized crime in its entirety and not just from a superficial and police force point of view. Furthermore, the lack of proper cooperation with other organizations and local partners was discussed as well as the issue of information sharing. In addition to this, the weak intelligence within the UN and lacking funds for proper information acquisition in some missions were raised as issues that compromised cooperation. Short-term mandates were also highlighted as problematic. Many participants agreed on the fact that in order to actively combat organized crime a holistic and 3D (Diplomacy, Defence, Development) approach is necessary which requires a long-term approach instead of one-year mandates. The fluidity of roles within local governments and the sometimes perceived proximity between high political figures and elite criminals was in specific cases seen as one of the main issues complicating the situation further.

Overall reference was made to the Sahelo-Saharan region as an ideal space for trafficking of any kind due to the century old trading roots. For this reason, a strong focus was put on this area however, other areas in Sub-Saharan Africa as well as Latin America and eastern Europe were also discussed.