On Wednesday 24th May 2017, the Peace and Security Centre of Competence Sub-Saharan Africa (PSCC) of the Friedrich-Ebert Stiftung (FES) was visited by senior representatives of Guinea-Bissau's national research institutions. The delegation was composed of General Augusto Mário Có (President of the Institute of National Defense, IDN), Professor Leopoldo Amado (Director General of the National Institute for Studies and Research, INEP), accompanied by representatives of the Institute of Study and Security (ISS) and the UN Integrated Peacebuilding Office in Guinea-Bissau (UNIOGBIS). 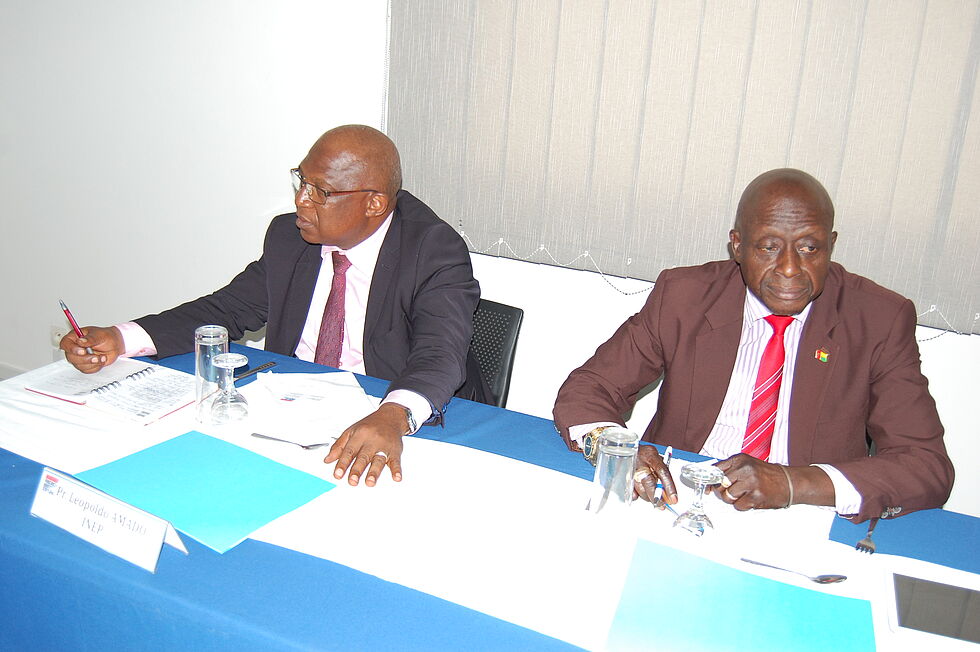 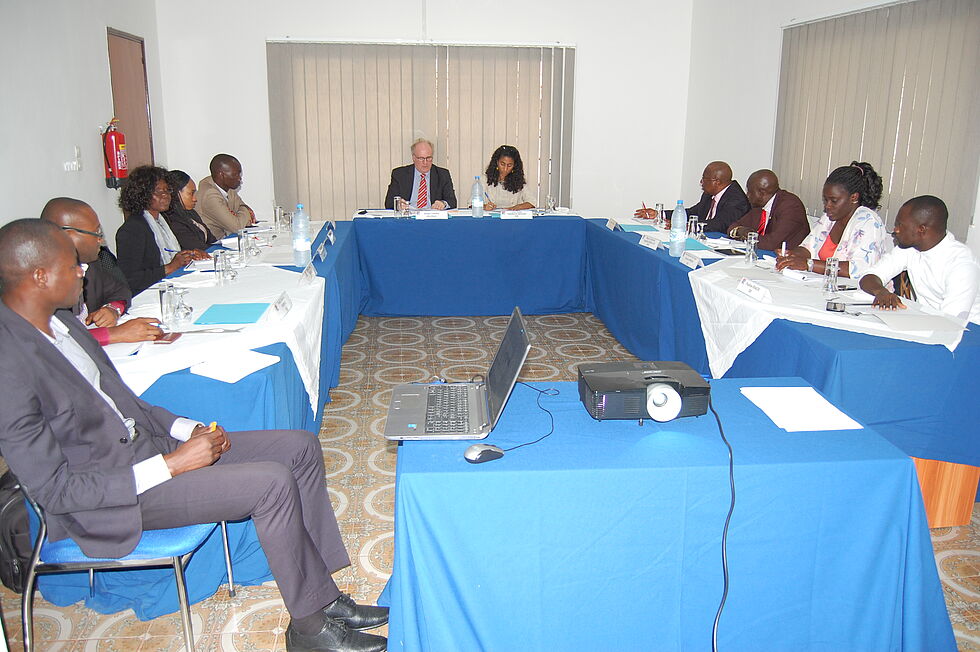 Photo: The participants at the meeting / FES PSCC

Since March 2017, the Institute for Security Studies in Dakar (ISS) has been carrying out a project in collaboration with the UN Integrated Peacebuilding Office in Guinea-Bissau (UNIOGBIS) to contribute to the reflection on the solutions of exit of the crisis to allow the country to return to stability. It is in this context           that a visit of representatives of national research institutions of Guinea-Bissau has been organized in Dakar from 24th to 31st May, 2017. Thus, on the initiative of the ISS, represented by its Director Lori- Anne Théroux-Bénoni, a working meeting was held at the PSCC / FES office in the presence of the Director of INEP (Pr. Leopoldo Amado), the President of the IDN (General Augusto Mário Có) and UNIOGBIS (Lucinda Gomis Barboza Ahuskarie, Department of Security Institutions and Armando L'Nhinda, Department of Political Affairs and Rule of Law).

The meeting was also an opportunity to discuss the experiences of the institutions and to discuss the activities on the sidelines of a seminar on how to "End the political instability in Guinea Bissau", expected by Institute of Studies and Security on 28 May 2017 in Dakar.

Quality exchanges have opened the possibility of a possible collaboration between the institutions to contribute to a peaceful solution of political crisis in Guinea-Bissau and the promotion of human security in West Africa and the continent in general.